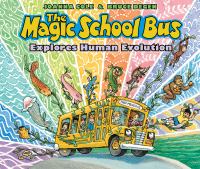 View other formats and editions

View all formats and editions (2)

Search for related items by subject

Search for related items by series

Joanna Cole was born in Newark, New Jersey on August 11, 1944. She attended the University of Massachusetts, Indiana University, and City College of New York where she earned a degree in Psychology. Ms. Cole has worked as an elementary school teacher, a librarian, and a children's book editor. As a child, she loved science and explaining things and this is why she started writing children's books. She writes fiction and non-fiction titles. Her most well-known series are the Magic School Bus and the "Body." Cole's books have received a number of honors. A Horse's Body and A Snake's Body were both named Outstanding Science Trade Books for children by the joint committee of the National Science Teachers Association and the Children's Book Council. In 1982, A Snake's Body was named a Children's Choice Book by the joint committee of the International Reading Association and the Children's Book Council. Both A Cat's Body and A Bird's Body were Junior Literary Guild selections. In 1991, she was awarded the Washington Post/Children's Book Guild Nonfiction award. Joanna Cole, who wrote over 250 books for children, died on July 12, 2020 at the age of 75. 030 (Bowker Author Biography)